Troubles at Kier Should Be a Reminder to Suppliers 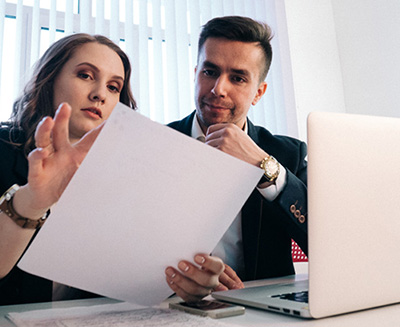 Profit warnings, cost-cutting and a poorly performing share value at Kier Group have led many in the media to draw comparisons with the catastrophic demise of Carillion early last year.

Sadly, the company’s treatment of its suppliers has also shown similarities to the Carillion debacle with many contractors being left out of pocket as Kier attempts to shore up its financial position by putting off invoice payments.

The construction, services and property group is one of the worst payers among the UK’s top ten contractors. In 2018, it was named and shamed by a Parliamentary inquiry into small businesses after it was found that the company had failed to pay 48% of its invoices within agreed terms.

Understandably, this has led many contractors to say that they will not work for the company.

“We talk a lot in the electrical industry, and poor paying builders are quite often bandied around. We stay away from players that have a reputation and Kier is one of them.”

“It’s the same excuses – it could be something as simple as the wrong date on your invoice. These are the pathetic answers we get back all the time.”

Bad debt is a very real threat, which even the most successful businesses can be affected by.

Carillion reportedly left around 30,000 companies out of pocket when it went under and is thought to have contributed to a 20% increase in the number of construction firms going out of business.

Luckily there are several steps which suppliers can take to help reduce the impact of bad debt on their company.

In this article, we’re going explain those steps – but first let’s take a closer look at the issues which Kier faces.

A Different Kind of Risk

Kier’s financial troubles aren’t on the same scale as Carillion’s.

It’s important to point out that Kier is still profitable, having made £130m in the last financial year and with a robust order book of projects to fall back on.

“Kier has over £862m of intangible assets, but unlike Carillion, there aren’t the same question marks over the adequacy of goodwill impairment provisions.”

According to Connell, if you weigh up the financial risks and uncertainty, and assume that the next few years are business as usual without any major shocks, then the business is likely to survive.

However, there are still several factors which mean that Kier presents a higher than usual risk of insolvency.

Earlier this year, for example, two insurers withdrew credit insurance for the company – a clear vote of no confidence from an industry that primarily deals in risk. Other factors include:

Profit margins: Demand has moved away from lucrative maintenance contracts to less profitable capital projects. As a result, Chief Executive Andrew Davies was forced to release an unscheduled profit warning in June, stating that profits would be down £40m on those forecast.

General market conditions: Kier operates in an industry plagued by delays and cancellations that is prone to macroeconomic factors such as recession and Brexit.

Shareholders: Kier has large debts to service but shareholders continue to expect dividends to be paid.

How Can Contractors Manage This Risk?

In insolvency cases, the average payout for an unsecured creditor is between 5 and 10% – so it’s important to be aware of which financial issues a company faces, both before entering into a contract with them and when managing that contract.

Red Flag Alert is the perfect partner to identify these risks because it provides a clear score on the financial health of a business and gives you an important insight into any clients that are in financial distress – before it’s too late.

Here are five practical steps you can take if a key client is experiencing financial difficulties:

Step One – Find Other Clients

Some businesses are exposed to a large amount of risk because they only have a few key clients (or even just one) that supply the majority of their revenue.

This strategy can work for many years, but if a key client becomes insolvent it can ruin a business.

Looking for new clients, over time, reduces that risk. If clients can be found in alternative sectors, that’s even better – this will help to reduce lost revenues if one sector does poorly.

If a client becomes a credit risk, then it makes sense to mitigate this by increasing your margin with them by either raising prices or decreasing costs.

This isn’t always possible – for example, it’s unlikely that Kier would have sanctioned higher costs – but it should still be explored. It doesn’t have to be a drastic move like ramping up all prices. Subtle increases or small cost savings can add up.

A key tactic is to make sure the agreement you have with a client is as favourable as possible. This may mean:

Of course, these tactics need to be weighed against the need to maintain a good business relationship.

Depending on the level of risk you’re exposed to, credit insurance may be a viable option. It is a sensible mitigating step for any business, especially those that rely on a few key customers.

Understandably, credit insurers will analyse the financial health of your customers before offering you a policy.

In Kier’s case, the risk became too much, and some insurers refused to cover the company, meaning that this was no longer an option.

If your business is paying VAT on an accrual basis, then consider making this a cash basis. This allows you to pay VAT when you receive cash rather than when you raise an invoice. Although VAT is recoverable on bad debts, it can take time to receive the cash back.

The downside of cash accounting is that you pay VAT in arrears so you may run into cash flow problems by not setting aside enough to make the quarterly payments.

If your clients are experiencing financial distress, you need to know. Businesses are devastated every day because of bad debt, and Red Flag Alert allows you to see problems early.