The State Of Company Insolvencies For Quarter 2 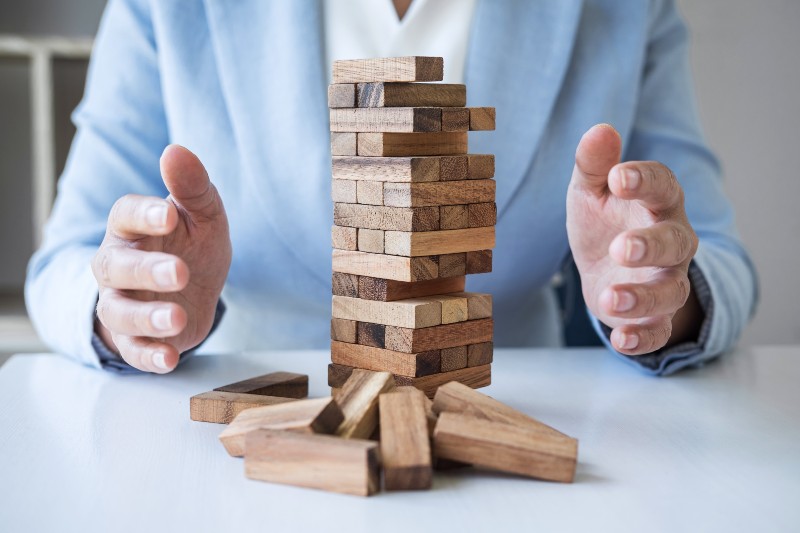 But now, with government support measures lifted, things have changed and insolvencies are surging.

This article explains what the different types of insolvency are and what they mean for company directors and creditors. We also take a look at the reasons why insolvency levels have been suppressed and why they are set to continue climbing during Q2 2022.

Commercial insolvency (sometimes known as corporate insolvency) is when a business is unable to pay its debt obligations when they are due. There are two ways to test if a business is insolvent.

Cash flow insolvency is when a company is unable to pay debts due to poor cash flow.

Testing if a company is cash flow insolvent involves calculating whether a business can pay these debts when they are due.

If your customer needs to pay an invoice within 30 days, has no funds, and won’t have any cash coming in before the period is up, then they are likely to be trading insolvently.

There is a ‘reasonably near future’ rule which provides some flexibility with the cash flow test.

To do the balance sheet insolvency test you should seek advice from professional insolvency practitioners. The test aims to find out how much money would be left if the company sold all of its assets to pay its liabilities. If the company has negative net assets, then it is insolvent.

If the value of a company’s assets and liabilities are similar it could be an insolvency early warning sign.

A business can be balance sheet insolvent but cash flow solvent if its revenue allows it to meet its financial obligations.

What If a Company Cannot Meet Its Financial Obligations?

If a company fails either of these tests,it is technically insolvent. Insolvency isn’t a legal status but a state of being.

But if a company is insolvent,its directors’ legal position changes. According to the UK insolvency Act, they need to act in the best interests of creditors, not shareholders.

If they continue trading insolvently they become personally liable for any additional creditor losses that the insolvent company makes. If this happens they can be sued for wrongful trading or be subject to director disqualification proceedings.

A company could be forced into compulsory liquidation if a creditor files a winding-up petition with the courts and it is upheld.

How Does Insolvency Threaten Your Company?

If a company you work with goes insolvent,it puts your business at risk too. There are several reasons for this, including:

Prior to the pandemic, UK insolvency levels were stable. 2019 was a relatively typical year, with around 1,500 insolvencies per month.

This changed in March 2020 when the UK went into lockdown. Overnight entire industries were unable to function.

In response, the government launched a range of measures to stop large swathes of businesses from becoming insolvent.

The government paid 80% of the wages for people who couldn’t work but were still employed. Better known as ‘furlough’, the scheme was tapered out from summer 2020. This was too early for some sectors—like hospitality—which didn’t fully reopen until 2021.

A number of different business loan schemes was made available to companies. The most well-known ones were the Bounce Back Loan Scheme (BBLS) and the Coronavirus Business Interruption Loan Scheme (CBILS). These loans were easily available at the time, but now businesses are having to repay them, putting further pressure on their finances.

A range of different grants was made available to businesses. Some were aimed at specific sectors, while others supported businesses of a certain size.

The government paid statutory sick pay costs for up to two weeks for every employee. The scheme only applied to businesses with fewer than 250 employees.

Certain sectors in England had their business rates waived for the 2020/2021 tax year. This was extended until the 30 June 2021 as a two-thirds discount.

The government provided £210 billion in insurance cover to 500,000 businesses against their customers defaulting on unpaid bills.

The Coronavirus Act 2020 protected commercial tenants from eviction. This meant that landlords could not enforce their rent demands. This was a disaster for many commercial property companies and pushed many into further debt.

Lockdown restrictions meant that insolvency proceedings were unable to function as normal.

Suppliers and HMRC were less aggressive in collecting debts. A sense of understanding and flexibility pervaded during the pandemic. Most businesses knew that their customers were facing extraordinary circumstances. Pursuing debts was pointless as many companies were unable to pay and formal action often wasn’t possible.

These measures were aimed at helping healthy businesses to weather the pandemic. But they also helped businesses in poor financial health to avoid insolvency, too.

At the beginning of the pandemic, there were 6,000 UK businesses that were extremely vulnerable to insolvency. In normal times, these companies would have gone insolvent.

Instead, they were saved by creditor forbearance and government support.

The difficult economic conditions caused by the pandemic meant these businesses couldn’t improve their financial position and their debts continued to pile up.

As of March 2022, most government support measures have been lifted.

Those companies that were being kept artificially afloat are now becoming insolvent. Because of this, we expect to see the number of insolvencies increase sharply over the next few months. This is shown in the graph below.

The two types of insolvency that will cause this surge are:

A creditors’ voluntary liquidation is when a company’s directors or shareholders realise that the company is insolvent and choose to liquidate the business.

The number of CVLs has increased substantially.  There were 4,274 CVLs in Q1 2022. That’s the highest quarterly number since 1960.

A compulsory liquidation is when a company is forced to liquidate by a creditor so it can claw back some of the money it is owed. A compulsory insolvent liquidation is preceded by a winding-up petition (WUP) being submitted to a court.

The number of WUPs has also been slowly increasing. But are still low compared to pre-pandemic levels. This is probably for three main reasons:

As the economy becomes more challenging, we expect the number of compulsory liquidations to rise over the next year.

Insolvency Surge Will Continue Into 2023

The number of insolvencies could remain high until 2023. This is because of the challenging economy.

Why The Predicted Surge?

Non-essential consumer-facing sectors, like retail and hospitality, could face lower revenues as customers cut back on spending.

Energy intensive industries like steel, aluminium and paper products will struggle to pass the increased costs on to customers. We believe that 500 companies could go insolvent in the next 12 months due to energy price increases.

For businesses, this has driven up costs and created delays. The additional costs either need to be passed on to the customer or absorbed by the business.

The supply chain crisis has been made worse by Covid-19 lockdowns in China.

War in the Ukraine

The war has deepened the supply chain and energy price crises that UK companies already faced.

Inflation reached 9% in Q1 and is expected to reach 10% later in the year. This erodes a business’s cash flow over the short-medium term. In real terms, this reduces their return on investment.

The Bank of England has raised interest rates to 1% and they are expected to go as high as 3.5%.

A 1.75% increase in interest rates could push 10,000 companies into insolvency, so this is likely to have a major impact on UK corporate insolvency levels.

We’ve seen several examples of companies that reduced their costs only for the remaining revenues to be wiped out by increased interest payments.

Business investment fell by 0.5% in Q1 2022. This is significantly behind pre-pandemic levels. Poor investment makes it more likely that:

The number of new exports is dropping and selling prices are increasing at a record pace.

Protect Your Business from Insolvent Debt

The number of UK companies in financial distress is high. Insolvencies look set to increase throughout Q2 2022 and beyond.

This makes it more likely that one of your customers or suppliers will go out of business. To protect your business you need to monitor your customers’ financial health.

Our data is updated in real-time and you can set up monitoring alerts on the companies you work with. This means you’ll immediately know if they are in financial distress and whether they pose a risk to your business. This allows you to take preventative steps.

If you want to find out which of your customers pose a financial risk before it’s too late, book a Red Flag Alert demo today.