Coronavirus: a Convenient Scapegoat for Flybe? 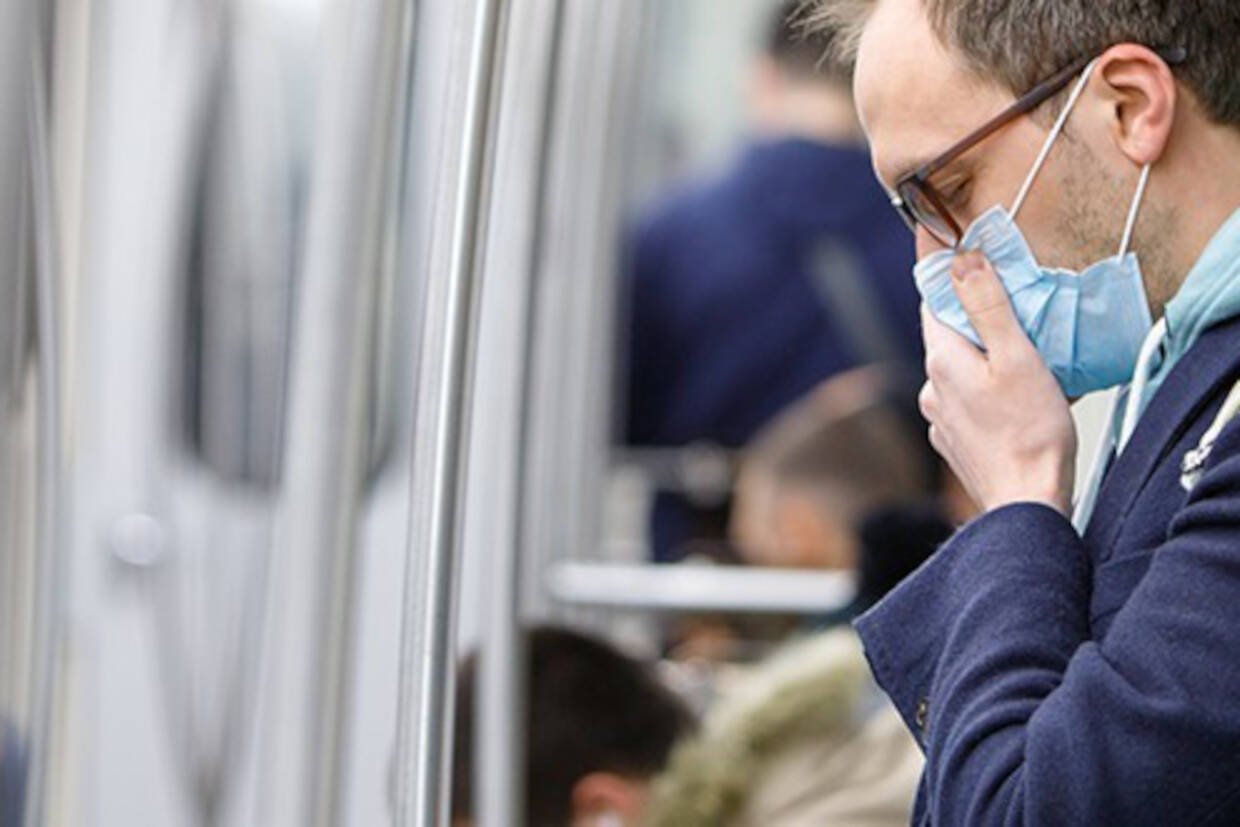 Since coronavirus hit the news at the beginning of 2020, there has been a worldwide reduction in the number of people travelling.

This has hit the industry hard. Airlines and hotels began to offer substantial discounts and reductions to tempt people back to the market. Nonetheless, it seemed like it would only be a matter of time before businesses began to struggle.

In the UK this was highlighted on 5 March when Flybe, Europe’s (former) largest regional airline, collapsed into administration—leading to the immediate cancellation of its flights and leaving thousands of people stranded. Around 2,400 people are expected to lose their jobs.

But to what extent did the coronavirus actually lead to Flybe’s failure?

Here is a look at what went wrong at Flybe, including possible reasons why the acquisition of the company back in 2019 failed to turn the airline’s fortunes around.

Flybe has been struggling financially for some time. This is partly due to several high-profile strategic mishaps, including an ill-advised purchase of 35 Embraer jets way back in 2010 and a blundered IT upgrade in 2016.

Flybe released a profit warning in 2017, in which it blamed its problems on high maintenance costs. This was followed by another warning in 2018, with the company this time pointing to the weak pound, falling demand, and the higher price of fuel. Later, the company’s stock market listing saw shares drop by 46% in a single day.

These issues led the company to put itself up for sale at the end of 2018, when it was bought by Connect Airways—a consortium that included Virgin Atlantic, Cyrus Capital, and the Stobart Group. These businesses paid £2.8 million for Flybe Ltd and its website company Flybe.com Ltd.

At the time of the takeover, Connect Airways pledged to inject £80 million into the airline for investment, as well give it a £20 million loan. Flybe stated that it believed the takeover would provide “the security that the business needs to continue to trade successfully.”

Unfortunately for Flybe, that isn’t how things turned out.

Following the administration, Virgin Atlantic released a statement in which it said it was “disappointed” that Flybe was unable to secure a viable basis to continue operations.

It passed blame for the collapse away from Connect Airways by pointing to the £135 million the group invested since the takeover. The statement ends with the claim that the “impact of COVID-19 on Flybe’s trading means that the consortium can no longer commit to continued financial support.”

While coronavirus will have severely dented demand during the early part of the year, it seems highly unlikely that Connect Airlines would have let Flybe collapse over short-term issues if they felt it had a successful future.

Instead, it’s likely there were deeper problems.

One potential hurdle the airline failed to overcome was the issue it had with airline passenger duty—a tax that sees airlines charged whenever they take off from a UK airport. It is particularly problematic for regional airlines like Flybe, as they run a high percentage of domestic flights and have to pay tax on both legs of a trip.

Flybe had been in discussion with the government over a cut to this tax. However, reports suggested that the UK was unable to reduce the fees until the end of the year due to EU single market rules.

Flybe was in a worse position than its new owners thought. During a recent address to staff, the company’s boss Mark Anderson stated that the airline was suffering from “legacy issues” and that it was in “worse shape than even the shareholders thought.” These legacy issues are best illustrated by Flybe’s average operating expense per seat at circa £55, when the same measure for EasyJet is near £40 per seat on flights of longer duration.

Finally, the airline had been in talks with the government over a £100 million loan to help it through short-term difficulties. However, Flybe was ultimately unable to convince the government to provide investment and news of this failure was quickly followed by news of the administration.

The Regional Airline Industry is a Tough Place to Survive

Regional airlines tend to operate out of small airports and run less popular routes. As the routes are often too small for larger airlines to worry about, they can run these shorter routes without much competition.

The issue is that when a flight route is particularly successful, it’s easier for these larger airlines to move in and operate competing services due to the abundance of slots in regional airports.

Flybe isn’t the only regional airline to have failed recently.

Flybmi, which was based at East Midlands airport and flew from Aberdeen, Bristol, and Newcastle, amongst others, entered administration in February 2019 with the owners citing Brexit uncertainty, spikes in fuel and carbon costs, and broader difficulties in the regional airline industry as reasons for its failure.

Other high-profile European airlines that have failed over the last year include Thomas Cook Airlines and Wow Air.

The latest annual accounts available for Flybe are from March 2018 because the airline moved its accounting period to year-end July 2019, meaning the 2019 accounts were not due for release until 4 April 2020.

We recently wrote an article about why an accounting period change can be a sign of financial problems. Read the article here.

Legitimate reasons to change an accounting period do exist, such as aligning accounting dates with other companies in the same group. However, it can also be a sign that the company is trying to buy time before the full extent of its issues are uncovered.

While we don’t have the most up-to-date information, the March 2018 accounts show that the business was struggling. Though the company was growing, it was losing money every year, which was in turn causing its net worth to plunge. The accounts show the company has been insolvent for a while.

Beyond this, Flybe had poor liquidity. This is always a huge red flag, meaning that the company would struggle to make any unexpected payments such as tax bills. It also had a terrible capital structure.

The abrupt nature of the Flybe collapse—the company stopped all flights immediately and essentially ended operations—suggests that it is unlikely it will be bought out of administration.

There are already plans underway for other airlines to take over Flybe routes. Eastern Airlines, an airline that was previously operating under a franchise agreement with Flybe, will continue to offer the same journeys as an independent airline.

Meanwhile, Scottish regional carrier Loganair will take over 16 flight paths from airports in Scotland and the North East.

While it’s unlikely that those with tickets will receive refunds from the airlines, some people may be able to get their money back from credit card providers or travel insurance.

Employees won’t be left stranded either and should be able to get something back from the state national insurance fund. However, there are worries about parts of the pension fund not being covered by the Pension Protection Fund (PPF) due to the company being based in the Isle of Man.

Trade creditors such as those involved in airport services, fuel, marketing, recruitment, or software will be hit hard. Around £50 to £150 million in bad debt will likely have to be written off by the collapse. Unfortunately, this means trade creditors that relied on Flybe may fail.

This is especially problematic because many airports relied almost entirely on Flybe. Of the 30 UK airports the airline operated from in 2019, more than eight of these airports saw over 50% of departing flights operated by the company. At the top end, the airline ran 100% of flights out of Anglesey airport, and 95% of those out of Southampton. 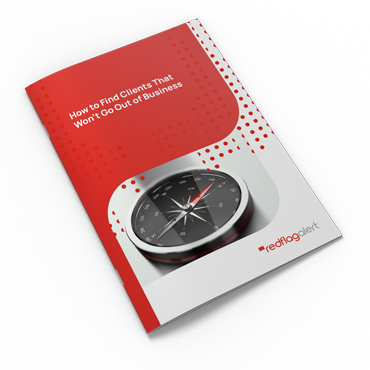 How To Find Clients That Won’t Go Out Of Business

Download our free guide to finding the best clients

Red Flag Alert Can Guide You Through Uncertainty

While the new Flybe owners thought they could turn the airline’s fortunes around, this was not to be the case.

From the evidence available, it seems like this was due to a combination of different factors. The company was in worse condition than first thought, it failed to receive tax breaks, there were broader industry problems, and the coronavirus ultimately led to lower bookings. The airline’s fortunes went from bad to worse, eventually causing it to fold.

While there isn’t much customers or employees could do, trade creditors with knowledge of the situation could have prepared for the airline’s failure.

To find out more about how Red Flag Alert can guide your business through an uncertain period, get in touch with Richard West at richard.west@redflagalert.com or on 0344 412 6699.